To celebrate the upcoming National Racehorse Week the RCA has created Local Legends, a series showcasing hero horses from racecourses across Britain. Every so often a horse captures the imagination of racegoers. They’re not always Group or Grade 1 winners, but at their track on their day they truly are Local Legends.

When you think of legendary horses from British racing it’s easy to go straight to the likes of Kauto Star, Frankel and Brigadier Gerard, but at Fakenham Racecourse there’s only one horse that fits the bill – Cool Roxy.

At just 15.2 hands high Cool Roxy wasn’t the biggest chaser around, but he quickly built quite the reputation at the Norfolk track. During his ten-year career on the racecourse he ran 25 times at Fakenham, picking up 11 wins and £132,123 in prize money, which still stands as a racecourse record to this day. 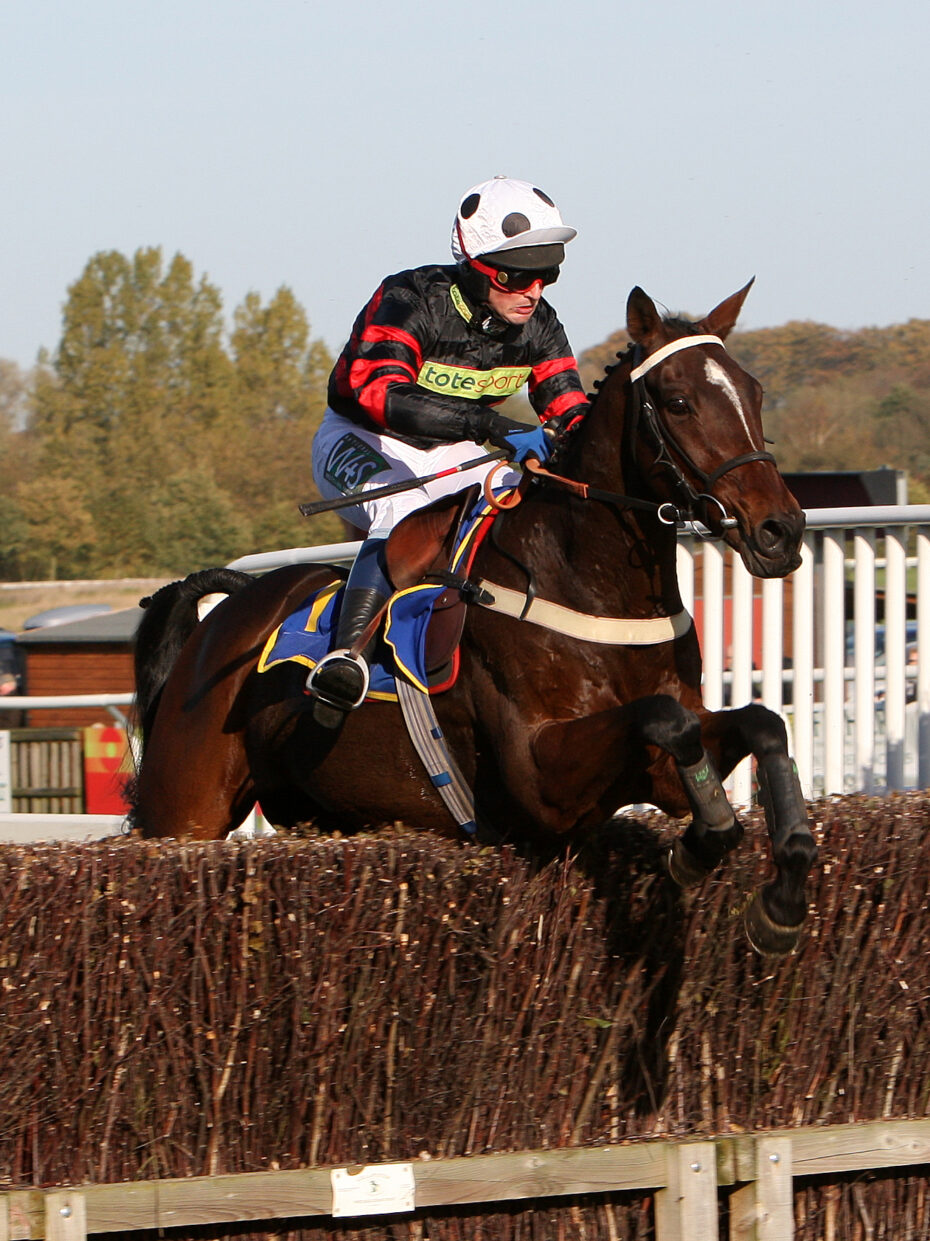 “He was sent out to buy a fridge by his wife Pat and returned with a foal!”

Cool Roxy was owned and trained by Alan Blackmore who purchased him for just shy of £1,500 in 1997 when he was sent out to buy a fridge by his wife Pat and returned with a foal! He ran 77 times under rules at courses all over England, but Fakenham was his racecourse home. When asked why Fakenham Alan said “I’ve always liked the course, the team there are a lovely bunch. They look after you well and make you feel so welcome. The crowd soon adopted Cool Roxy as one of their own, thousands of people would come through the gates when he was set to run.”

Arguably Alan and Cool Roxy’s greatest day at Fakenham was in October 2008. Alan was keen to give something back to the Norfolk course that had given him so much success so he decided to sponsor a race for his 80th birthday, the Alan Blackmore Birthday Handicap Chase. Cool Roxy was declared to run and had obviously read the script, cruising home to a 24-length victory much to the delight of the packed-out Fakenham crowd. As if that wasn’t enough Alan was then presented with his trophy by HRH The Princess Royal who was attending Fakenham in her capacity as a patron of the Injured Jockeys Fund. 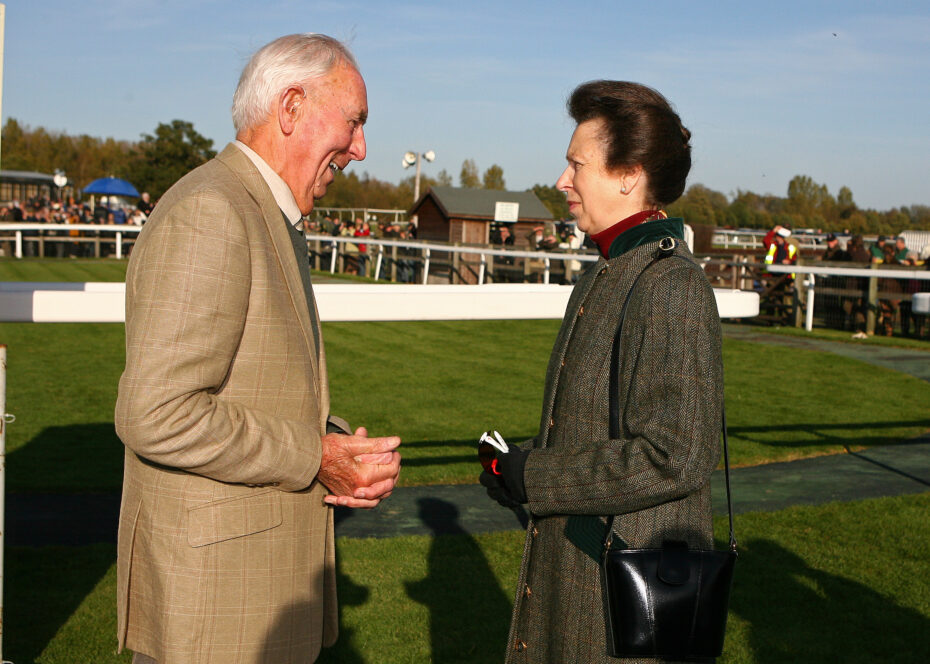 “When he ran at Fakenham the gate would increase – he was so popular. I have never heard such cheers and roars from Fakenham’s enthusiastic and knowledgeable crowd as when Roxy won.”

David Hunter, Chief Executive and Clerk of the Course at Fakenham Racecourse has fond memories of Cool Roxy and said “Cool Roxy had a huge following at Fakenham. He was the most fantastic horse, a neat and tidy jumper with a heart of a lion.

“When he ran at Fakenham the gate would increase – he was so popular. I have never heard such cheers and roars from Fakenham’s enthusiastic and knowledgeable crowd as when Roxy won. He was a lovely horse with a very kind eye and often won best turned out. It was a real privilege to be clerk during his period of Fakenham dominance. My only regret is that I never sat on him!”

Cool Roxy’s final run at Fakenham was on 22nd May 2011, but his legacy didn’t end there. In 2015 a new Owners & Trainers bar was built at the course and it was named the Cool Roxy Bar in honour of their favourite thoroughbred. The bar was officially opened by Cool Roxy who even headed inside to give it his own seal of approval. Of the day Alan Blackmore said “I was a little nervous when Roxy headed into the brand-new facility, but he was clearly impressed as once he entered he didn’t want to leave! It was a typically thoughtful gesture of the racecourse team to think of me and Roxy with their new facility and it’s wonderful to think that he will be remembered by so many there for years to come.” 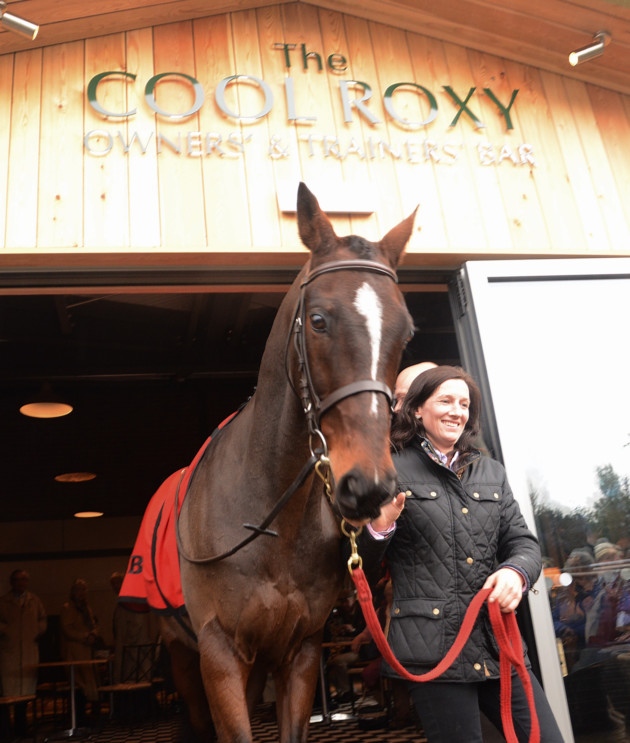 After his racing career Cool Roxy was taken on by his work rider Emily Crossman who looked after him and competed in multiple Retraining of Racehorses (RoR) competitions with him. In 2017, at the age of 20, Cool Roxy died due to colic, but he will long be remembered as an equine legend by Alan, Emily, the entire team at Fakenham and thousands of racegoers from Norfolk and beyond.

Find out more about National Racehorse Week at nationalracehorseweek.uk

This website uses cookies to improve your experience while you navigate through the website. Out of these cookies, the cookies that are categorized as necessary are stored on your browser as they are as essential for the working of basic functionalities of the website. We also use third-party cookies that help us analyze and understand how you use this website. These cookies will be stored in your browser only with your consent. You also have the option to opt-out of these cookies. But opting out of some of these cookies may have an effect on your browsing experience.
Necessary Always Enabled
Necessary cookies are absolutely essential for the website to function properly. This category only includes cookies that ensures basic functionalities and security features of the website. These cookies do not store any personal information.
Non-necessary
Any cookies that may not be particularly necessary for the website to function and is used specifically to collect user personal data via analytics, ads, other embedded contents are termed as non-necessary cookies. It is mandatory to procure user consent prior to running these cookies on your website.
SAVE & ACCEPT