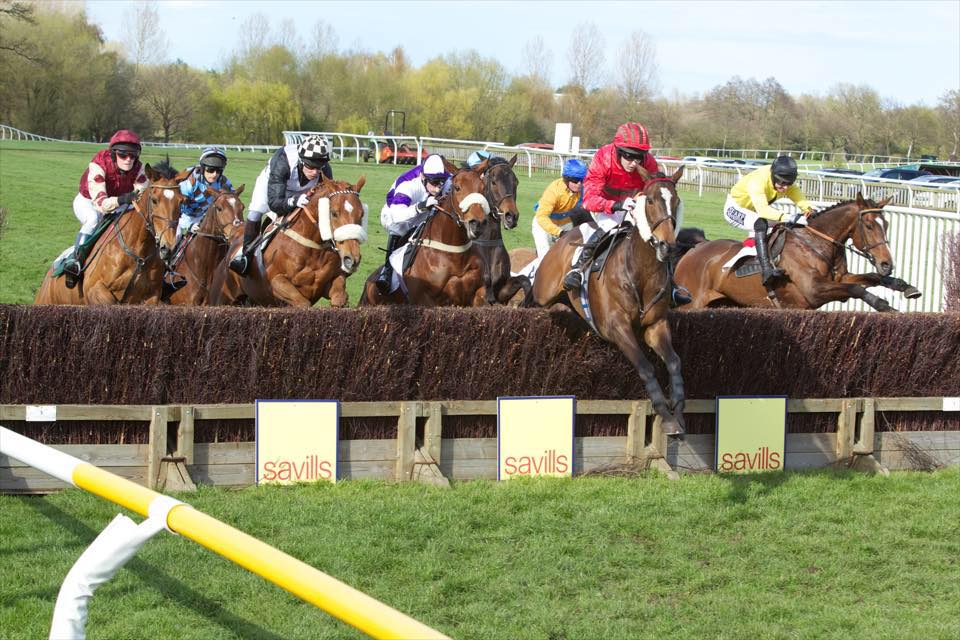 TICKETS AVAILABLE ON THE DAY AT THE GATE ONLY.

The West Norfolk Point to Point is an annual amateur horse racing (steeplechase) meeting with the next event taking place on Sunday 14th April 2019 at Fakenham Racecourse. The course is Two miles west of Fakenham in North Norfolk and well signposted.

This point to point meeting attracts a large crowd of mostly country-dwellers, many of which keep horses at home and actively participate in country pursuits of all kinds. But is also a great family day out for people who just want to spend a pleasant and entertaining day out in the countryside. The amateur steeplechase card of point to point races is supplemented by Pony Racing where you can enjoy watching star jockeys of the future battle it out in very competitive heats which contribute to their standing in the National Championships.

Point to Points are amateur steeplechases (jumping races) which were traditionally organised by local hunts. But the ties to hunting have become somewhat more relaxed and now Point to Pointing has developed as a sport which has its own circuit of events and point to point races have become social as well as sporting occasions.

This race meeting is organised independently from Fakenham racecourse and entry to this event is not included in annual membership.